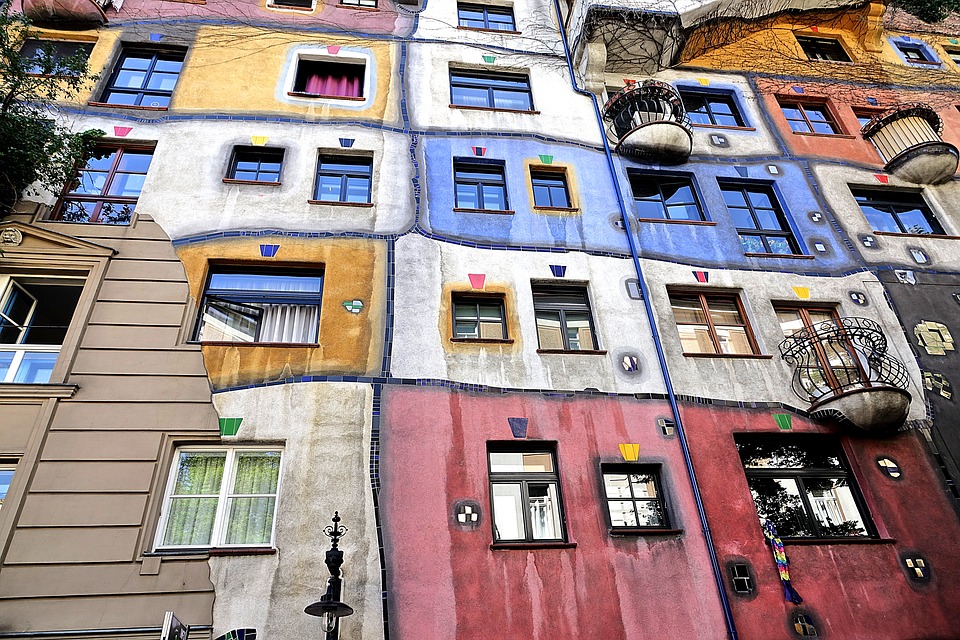 Colorful dream of a mad architect

We went to Vienna to visit a friend, and also to have a look at monuments and local tourist attractions. Mainly I wanted to see ‘the colorful house which plays music when it is raining’. I have seen many pictures on the internet and I was looking forward to it very much.

How surprised was I when we got to our longed-for goal and I found out that this is, in fact, NOT the colorful house which plays music when it is raining.

It was a completely different colorful house.

The house I wanted to see is in Dresden.

We were standing in Vienna looking at a psychedelic creation of an eccentric architect Friedrich Hundertwasser. It doesn’t play music but it flaunts a colorful façade in slightly flaking shades of yellow, blue, red, and white. It didn’t matter. I am used to my chaotic ways and this house was as interesting as the personality of its creator.

A house where the floors roll

The Viennese colorful house, Hundertwasserhaus, is said to be originally social housing for the poor. Today it’s a lucrative address – if you don’t mind the crowds of tourists constantly pouring under your windows. And that parts of your apartment ripple like the sea during a storm.

Hundertwasser not only believed in bright colors, but he also scorned straight lines. He insisted that a straight line is the Devil’s invention, that there is nothing like that in nature, and that a building should be designed to remind us of the natural environment.  The result is a living space that in places makes your eyes water.

Inside, on the walls, mosaic lianas undulate, in some places the floor heaves like fossilized sea waves. That is complemented by bright colors and black and white contrasts – absolutely everywhere. Behind a glass wall of the common areas, there are green trees.

This house is definitely not boring – neither inside nor outside.

When looking from the outside you will be taken not only by the colorful façade but your attention will be also attracted by lots of tile decorations, pillars, two onion shape cupolas, a fountain, and especially the roof covered by trees. Hundertwasserhaus simply looks like a colorful giant assemblage put together by a boisterous child. Each colored space on the facade marks one of the fifty flats which attract great interest – for each of them there is a 500-long waiting list.

Though the interior of the house is inaccessible, it is inhabited by normal renters, so we could enjoy the bizarre views of the strangely shaped floors only from the photographs in the shop with souvenirs. Only later did I find out that in the café on the corner of Hundertwasserhaus they were supposed to show a film which guides visitors through the house’s interior. Maybe next time.

The house where the trees live

A little further from Hundertwasserhaus, along a road lined with picture tiles, there is Kunsthaus.  While this house doesn’t have such a colorful façade, leafy branches are merrily poking out from its windows. Those are the ‘tree renters’, which should be here, according to the artist’s concept, sharing the space with the human renters.

I have to admit that I would love a house inhabited by trees. But instead of flats, you will find here an exhibition on the life and work of Friedrich Hundertwasser And his life was really interesting.

This eccentric artist and architect navigated around the world in his ship Regentag (Rainy day) accompanied by a small black dog and a black cat. He wished to complete the trio of pet companions with a black raven who would sit on his shoulder but never got around to doing it.

Friedrich Hundertwasser believed in a philosophy of human and nature symbiosis. He insisted that you don’t really need money and he tried to utilize all waste he produced with his environmentally friendly style of life. He mostly made his own clothing – always from natural materials and of practical design. He enjoyed shocking people and so for example he presented two of his manifests in the streets of Vienna and Munich completely naked.

All his work is characterized by unrestrained energy and originality. While walking through the exhibition, among the trees leaning out of the windows you can admire not only colorful paintings but also posters on environmental topics, designs of stamps, watches, phone cards… and also models of other buildings which Hundertwasser projected. For example, you can find here a model of the Viennese heating plant Spittelau, which you can have a look at a few metro stations away.

In a side room is shown a short film on Hundertwasser’s life. We watched with interest and at one moment I could not believe my eyes when the artist on the screen nonchalantly put on the table his unfinished painting to use as a food tray for his lunch. “He… he is eating on a painting!” I squealed unbelievingly and our whole Czech group started to laugh.

Friedrich Hundertwasser lived and created all over the world, for example in Venice, in the Caribbean, or in Japan. The place of his last rest is New Zealand where he lived on his boat at the end of his life. He rests as he lived – blending into nature, buried without a coffin in the “Garden of the Happy Dead” under his favorite Tulip tree.

The works he left behind make the world more colorful, happier, and more interesting. Maybe they will make us think about how we can get closer to nature in our everyday life. 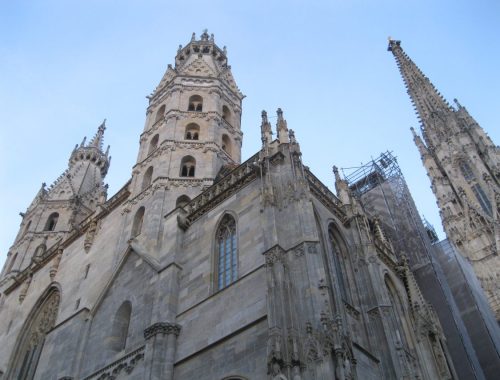 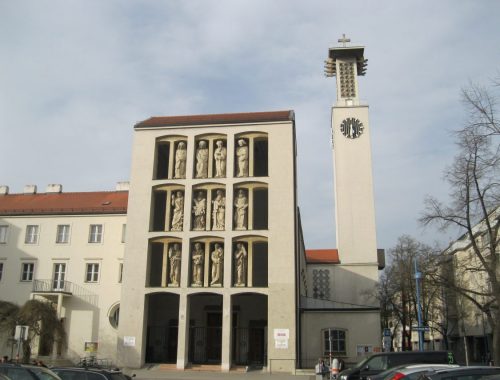