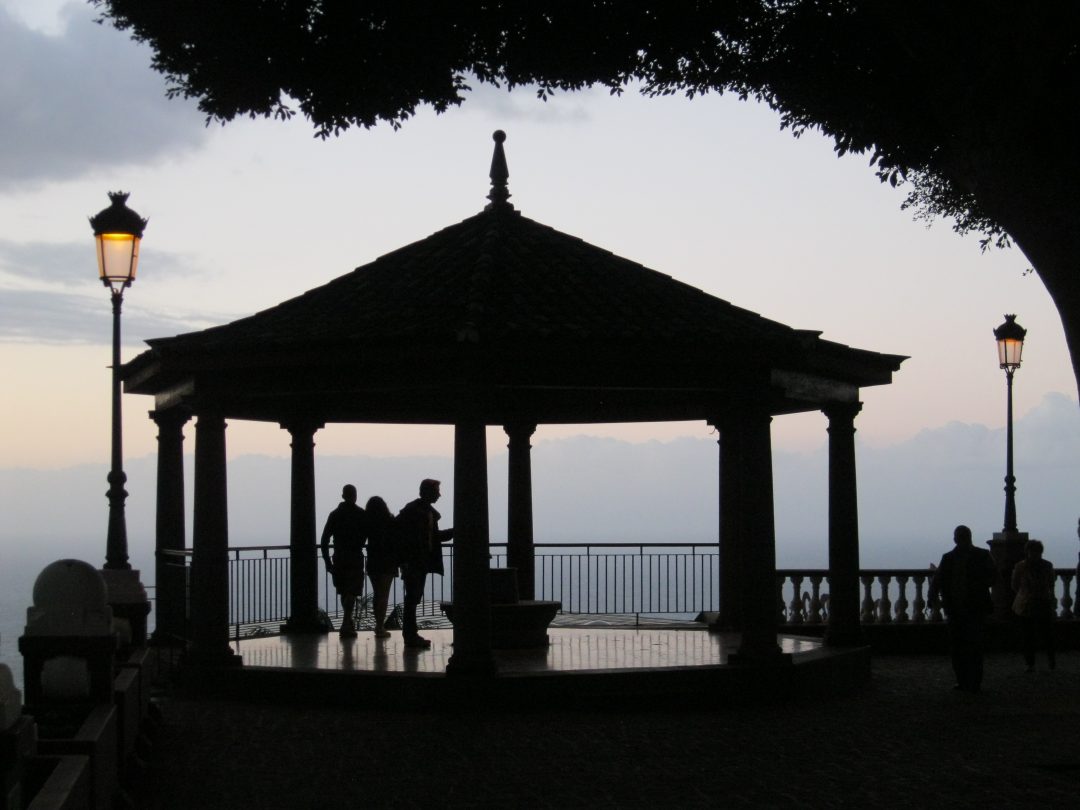 In a small coastal town Icod de Los Vinos there supposedly grows the eldest tree on the island, Dracaena draco known as Drago Millenario. According to a legend it is thousand years old, in reality probably ‘only’ about six hundred. In the evening when we were returning from our trip to Anaga, Ben took a wrong turn on one of the local roundabouts, and instead of to Puerto, we were suddenly heading to Icod. I joked that I would like to visit Icod and I was surprised when Ben forthwith took me up on it.

It was great – there was some festival on and we saw something which stunned us – children sledding on wooden planks down the road. In subtropics! One of the sharply sloping streets was closed for traffic, children at the top waxed their plank and rode down to a pile of tires. The adults cheered and occasionally also rode. I really wanted to have a plank so I could try it.

They did not allow us into the park with the famous Draceana as it was already ten minutes to closing time but the gentleman in the ticket office advised us that we could see the tree very well from the top of the square and so we saved about ten euros. Drago is supposed to have about six meters of circumference and be about seventeen meters tall but as Ben noted: “The impression is a bit spoiled by the neighboring palm tree which is taller.”

Then we set off to find a restaurant where we could have dinner. Most of them were still closed because they were preparing for the big evening celebrations. They let us into one, although we were sitting there nearly on our own. The waiter spoke only Spanish and we spoke barely any Spanish but we understood he was offering us the specialty of the day. We did not understand fully but when we started on an unplanned adventure why not in for a penny, in for a pound?

We both got a leaflet where we were supposed to tick all sorts of filling which we wanted in this mysterious meal – of course, it was in Spanish. Afterward in front of us landed a plate full of the very best food I had tasted in Tenerife. Fantastic fried croquettes with fish and vegetable filling melted in our mouths. Apart from that I met for the first time with ever-present Canary sauce, called mojo. Mojo can be according to ingredients red or green, hot or mild, you dip in it everything from bread to meat. It was love at first taste and later we took home as many jars as the rucksack allowed us.

Then we just walked the streets full of Christmas lights and beaming people, soaking in the infectious atmosphere of an unknown festival into which we had got mixed up by accident. Chances and impulsive decisions often lead us to the most beautiful experiences and this magical evening was one of them. 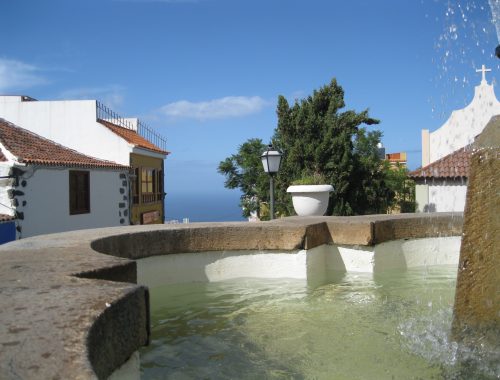 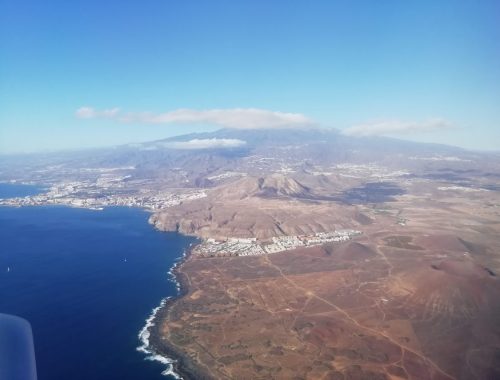 The Island of Dreams and Fulfilled Wishes