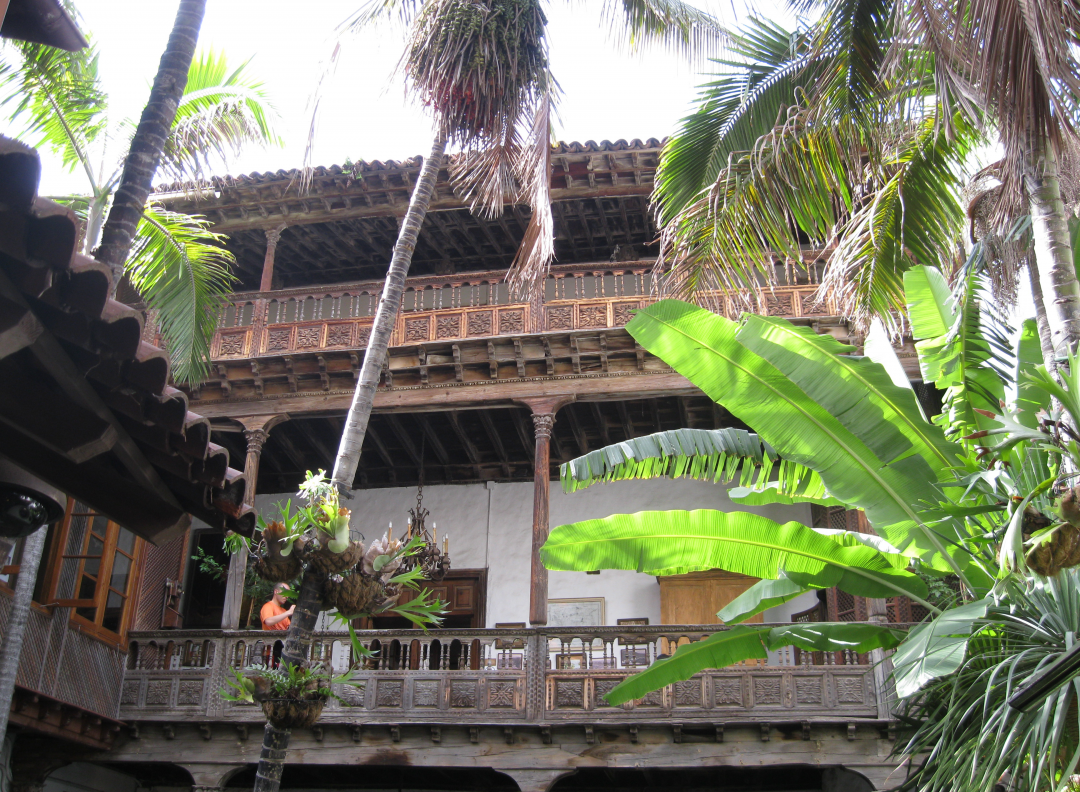 After we instead of visiting water mills accidentally viewed quaint houses in the top part of Orotava, we then headed to another interesting place: Casa de los Balcones. It is a beautiful old house from the 17th century in the colonial style with a picturesque patio, where you can sit on a bench surrounded by greenery, look into palm tree tops, listen to the gurgling of the fountain and relax. I was only sorry for the birds in cages, who accompanied the sound of falling water with their warbling.

All over the patio there are placed curiosities with relation to the history of the Canary Islands – from examples of lace products through richly decorated national costumes of single islands to historical apparatus like a wine press or an old distilling device. The last was used in the house to gain drinkable water. If you can speak English or Spanish, you can rent audio guides at the ticket office with a short explanation of each of the curiosities. For one euro you can also buy a photography permit, which I made thorough use of. Entry to the patio itself is free.

The most interesting part of the house was the first floor where they have original furnished rooms. Here you can see how people used to live. In this small museum, you can find a salon, bedroom, kitchen with a stove that originally heated the whole house, larder and even an original toilet. All the rooms have stayed as they looked originally – there are no replicas. Only the bedroom was moved down from the second floor to be more easily accessible. All the furniture was moved into a room which was originally used for sewing.

You have to pay few euros to visit the top floor but it is worth it. At the top I was completely on my own, so after the tour, I had a snack on a pink bench on a carved wooden balcony with a view of the palms. I was imagining how the landlady would have felt. I am not certain if it was really allowed but nobody asked me to leave.

On the ground floor, there is a shop with souvenirs – mostly lace. Lace hand manufacturing was the traditional women’s craft for many generations. Instead of generic souvenir kitsch, you can take with you something typically Canarian. We didn’t buy any lace but I got a few pictures and Ben bought a hat which he wore for the remainder of the stay and which I occasionally stole from him. At the end of the patio, opposite the entry, you can find a wine shop where you can among others taste local banana liquor.

In other respects, I also liked Orotava. When you find your way out of the modern center, in the hills you discover many historical houses. One square has a terrace with a fantastic view of the sea and on another, they were during our visit building a giant Nativity scene.

Jardín Victoria, terrace gardens from the 18th century are also beautiful. From their top, you can see far and wide, all the way to the ocean. In the early evening, it was gorgeous. We were surrounded by a deluge of flowers and the sea sparkled in the distance… If I lived in Orotava I would spend a lot of time here. 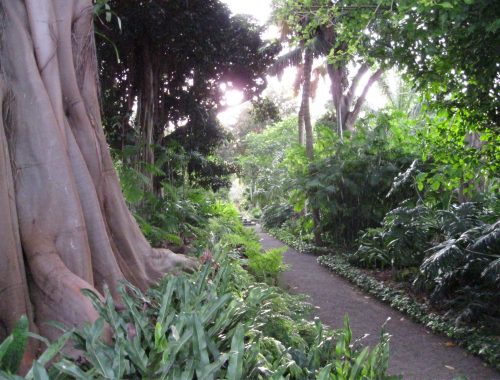 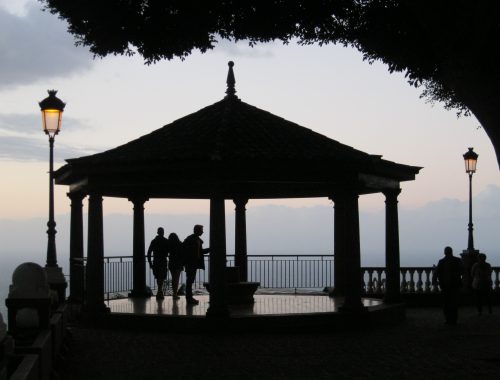 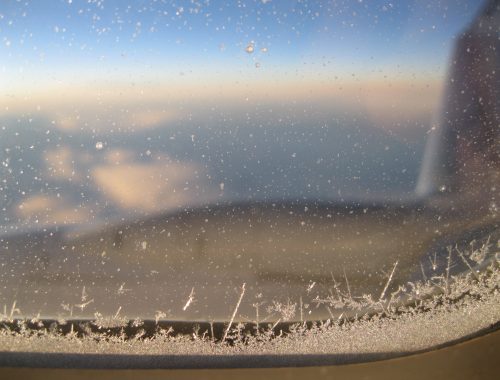